Top 5 Reasons to Use NOVA Launcher in Android

Being in the market for nearly more than a decade now, Nova launcher has shown frequent fluctuations in the rising and falling levels. Still, Nova Launcher is leading the lot with an increase in its excellence each month. It is one of the highly reputed Launcher apps in the market, which is mostly popular for theme launching.

What is NOVA Launcher?

Nova Launcher is in the market for over half a decade and is still a force to be reckoned with. It is one of the best launchers available in the pack and getting better every update. If you have a smartphone and are quite tired of staring at the same old home screen,

Nova Launcher can be a very good option with advanced features, themes, and optimizations. Nova Launcher enables you to choose to optimize the size and style of the applications and you can easily swap them out. 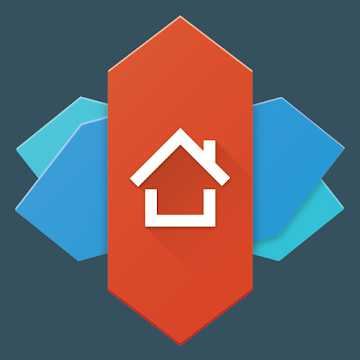 Let’s start from the beginning…

The moment you know about this Launcher app you are sure to face the dilemma of choosing between the Free version and the paid version also called Nova Launcher Prime. You can check the prime version on Play Store.

So, is Nova Launcher Prime worth the money?

Some of the best features of Nova Launcher include Subgrid Positioning which opens a whole new world of sizing widgets and home screen arrangements. Another one is Nova’s got the best Android folders because of its flexibility. All in all Nova Launcher will make you come back to it time and again as a true lover does.

Top 5 Reasons to use NOVA Launcher

The major reasons to use NOVA Launcher are mentioned as follows:

Smartphones are the most favoured bedtime necessity of people these days. Everybody likes to spend their time exploring the wide variety of apps as well as features offered by a smartphone.

Maximum people prefer using their smartphone at night since that is their leisure time. But, frequent usage of a smartphone at night can lead to straining of your eyes even when you are switching from one app to the other that may sometimes possess a self night mode.

Luckily Nova Launcher consists of a dark mode option, which is capable of dimming the light of several elements of user interface that are present in your smartphone.

The dark mode doesn’t entirely upturn the launching apps into a varied appearance, it just darkens a few components such as the background of app drawers as well as the folder colors.

The dark mode offered by Nova launcher when integrated with the blue light feature available on the most recent versions of Android OS further enhances the comfortableness of using your smartphone in low light areas.

Various app launchers claim that they are capable of providing better user interaction, upgrading their pattern, and possessing features to underline the apps that are frequently used by you.

However, Nova Launcher does all of this in practicality. It has an advanced inbuilt app feature, namely “pull to search” which provides a downward bar where you can discover your preferred apps.

Alongside, you are also offered a list which includes the names of all the apps you mostly use, the apps that you have lately opened, a separate list of apps that have been recently grabed, and also the ones which have been upgraded recently.

These apps are generally high powered and are renovated based on how you use your smartphone. This smart feature can also be accessed straightly on the home screen of your smartphone just by allotting the “App Search” option to the home switch or maybe an icon.

Nova Launcher app provides a greater variety of app drawer personalization choices in comparison to the other launcher apps. It offers a wider range of app drawer customization options than most. It also incorporates several assistive features to maintain a better organization of the app drawer on your smartphone.

It ensures that all the apps in your app drawer are arranged sequentially so that you can carry on with a hassle-free app search on your smartphone. It lets you distinguish your apps into different app drawers as per your convenience.

Additionally, it also allows you to conceal the widget icons as well as inbuilt apps that cannot be eliminated from the prime app drawer by unallocating it from the rest of your widgets.

If needed later, you can immediately view them again with the help of just a click on the tab consisting of significant apps and checking the popup box- “Show Hidden Apps”. This feature of Nova Launcher is undoubtedly one of the best ways to conceal the trash.

Another striking feature of Nova Launcher is that it offers personalized gestures for swiping through apps. This makes it very convenient for the users to get in and out of their desired apps.

With this help of this feature, you can effortlessly swipe across the home page of your smartphone to launch an app according to your preference, enlarge the notification bar or shortcut settings, power up the google assistant app, and even the app drawer.

The gestures that work with this feature include swiping up and down as well as nipping in and out of the screen.

Sesame is a search integration tool which enhances the scope and intensity of shortcuts and search. It functions with various app launchers, although the direct association with Nova refers to the perfect integration among the Sesame shortcuts provided by the search option of Nova.

However, this is again another eminent feature of Nova launcher since it allows you complete accessibility to shortcuts that are true, Dynamic.

So, all the points mentioned above are significant reasons to try Nova Launcher. Henceforth, you should give this Launcher a try without even giving it a second thought. If you have any questions to ask, Do ask me below comments 🙂

YouTube features many videos in the search result for each keyword. It’s like a web browser that features several...
Social

How to Delete SnapChat Messages and Conversation?